Stately House has changed quite a bit since the beginning of the Amaranthine Saga. That’s a trend I expect to continue. ::twinkle::

Stately House was refined and inspired, but it existed in such isolation. Like the emptiness clawing inside Argent, the building longed for a soul, for the liveliness and laughter of a loving family.

—Tsumiko and the Enslaved Fox 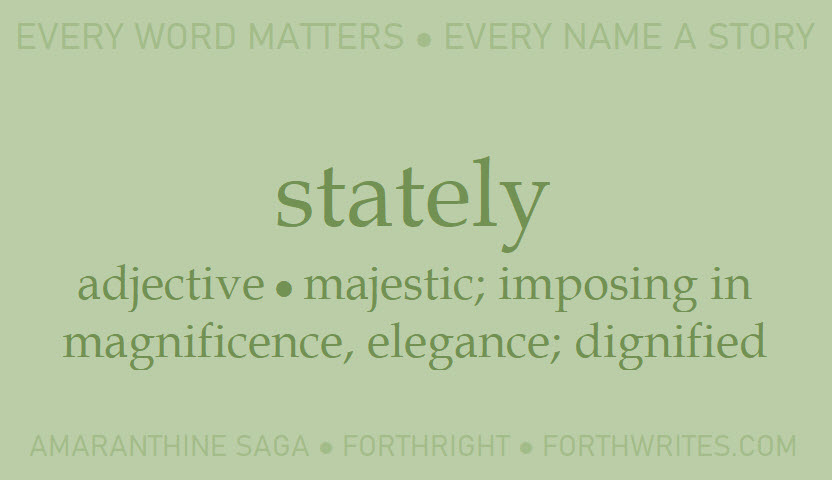 “We’ve been converting rooms.” Michael seemed confused by his confusion. “You didn’t know?”

“Tsumiko has opened Stately House to children of mixed heritage ….”

Michael went into detail while Jacques tried not to be devastated. Argent would accept children simply because they were part-chicken or part-goat, yet shun someone who wanted a place just as much. Non… more.

One thought on “Every Word Matters”

My Tweets
Join 737 other followers